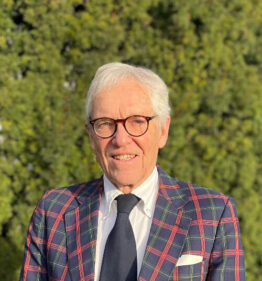 Prof. Dr. Hans von Holst is a Professor, Research Expert and graduate from Karolinska Institutet Hospital in Sweden; 1993 to 2007 he was appointed as chairman of the World Health Organization (WHO) Collaborating Centre for Neurotrauma Prevention, Management & Rehabilitation at Karolinska Institutet; 1995 and 2015 he combined the position as Senior Physician in Neurosurgery with being Professor and Head of the Division of Neuroengineering, School of Technology and Health at KTH Royal Institute of Technology in Stockholm. He has over 150 peer reviewed original research publications, book chapters and books. His recent research is about understanding cytotoxic brain injury edema after traumatic brain injury or stroke resulting in the development of innovative products to prevent head injuries. He has four startup companies: MIPS, Bioservo Technologies, Cenesy and OBOE IPR, have seen the light and of which MIPS and Bioservo Technologies were listed on the Stockholm Nasdaq stock market in 2017. Among the five innovative Awards for various preventative products, he received the Vinnova Award twice, International Robotic Award at Örebro University, Christoffer Polhem Award 2019 from the Swedish Engineering Society for the MIPS construction (www.mipsprotection.se) and the US NASA Award 2020 for the Bioservo glove (www.bioservo.se.)