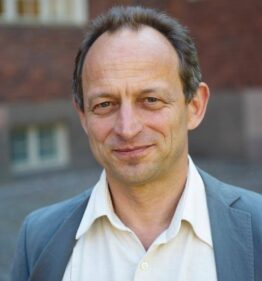 Ramon Wyss is an Honorary Board Member and Professor Emeritus in theoretical nuclear physics at KTH the Royal Institute of Technology; Honorary Guest Professor at Peking University; Guest Professor at Shanghai Jiatong University, Szechuan University and University of Electronics, Science and Technology Chengdu. He has served as: Vice President of KTH 2002-2016; Director of the KTH energy platform; Deputy Chairman of the International Advisory Board of Beijing Jiatong University; evaluator for the Spanish Ministry of Education & Finnish Academy of Science; as foreign expert of the Chinese Ministry of Education; Interim Director of Center for New Energy Technology, Municipality of Oskarshamn; and has been instrumental for setting up the Knowledge and Innovation Community (KIC) InnoEnergy consortium; formation of the EIT Health KIC. He received the ’Edlundska prize’ of the Royal Swedish Academy of Science, March 1995; the Magnolia Silver Medal 2015 from the city of Shanghai; given key notes lectures and published more than 300 articles in refereed journals within nuclear physics with a H-factor of >50. He has a passion for international relations, societal development and collaborations in Europe. His contributions include global cooporations in education, research and innovation.